Glaciological conferences organized by the CGI

The CGI promotes the organization of scientific workshops and meetings in order to diffuse scientific results, to highlight some major problems related to the study of Glaciology, and to maintain the contacts with national and international organizations. The increasing participation of young researchers to these events confirms the vigour of Italian research in the field of glaciology and represents a motivation to maintain this 40-years old tradition, that started in 1970 under the chair of Prof. Ardito Desio 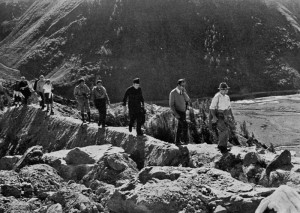